What Web 3.0 Means for Data in the Future

Can we expect a data revolution with the emergence of Web3 or is it again a tool for monetizing our personal information? Without a doubt, users of platforms like Twitter, Google, and Facebook whose personal data are harvested are waiting for transformations. Therefore, there is a need for understanding whether the movement from Web1 to Web3 can bring the desired outcomes in terms of data use and create a new story of the Internet. Let’s try to clarify this to know what to expect from Web 3.0 and how it can influence our data.

DO YOU NEED SOME UNIQUE SOLUTION?

Just contact us and we will create it for you

Differences Between Web1, Web2, and Web3

How can we characterize the story of the Internet and its key achievements? Web 1.0 represented a new digital global platform for technology consumption. The initial objective of Web1 was to help people find information more effectively. The main characteristics of Web1 are:

Web 2.0 contributed to the emergence of user-driven feedback and social networks. The major objective of this Internet is to ensure interaction and create more content for a growing audience. The key features of Web2 are:

Web 3.0 focuses on the rise of the ‘smart’ Web based on blockchain technologies. Web3 meaning is associated with more excellent user utility, openness, and decentralization. The main characteristics of Web3 are the following:

Why Web 3.0 Is Criticized

Of course, the idea of Web 3.0 provokes much criticism and skepticism because it is unique and can resist Web2. Jack Dorsey, the Twitter founder, is convinced that in fact, the real power brokers can be venture capital firms. Opponents of Web3 view it as a trustless Internet that large and dominant corporations do not support. However, mainly, Web 3.0 is criticized for the following reasons:

How Web3 Can Contribute to the Rise of Data

Proponents of Web 3.0 have the hope that it will transform approaches to data use. First, storage on the blockchain and distributed ledger technologies will contribute to the rise of data. Second, Web3 companies will displace platform business models like Facebook and Twitter that monetize users’ personal information. In addition, the hegemony of a very small number of giant companies will be shifted with the help of decentralization and they will not be able anymore to access our data without permission. A highly distributed data ecosystem will contribute to the representation of a new kind of web that will guarantee better storage and management of information. Third, Web3 can make centralized business models obsolete because relying upon blockchain applications will mean leveraging machine learning software and machine-readable data and rebuilding e-commerce. Thus, the third generation of the Internet can become the driving force for data-driven technologies like completely distributed data ecosystems, machine learning, and artificial intelligence.

What else can we expect from Web3 use? What can it bring us in practice? Let’s see what features have high chances to be incorporated!

All in all, it is obvious that with Web3, the Internet is not going to be the same as it will become a tool that can prioritize users’ needs in terms of data. Unique features of Web3 will make existing platforms obsolete and create the basis for new technologies and opportunities. Of course, Web 3.0 is criticized and viewed as something that will fail, but, anyway, it offers new technologies and approaches to the use, storage, and management of data. Thus, the data revolution will be inevitable because Internet transformations have already started. If you want to know how to implement the third web generation to drive your business, feel free to contact us. We are interested in your ideas to turn them into reality.

Reasons to have your business automated

CRM Types and How They Influence Your Business

that work with us more than 5 years 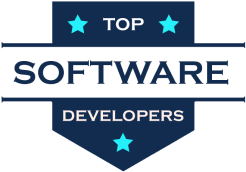 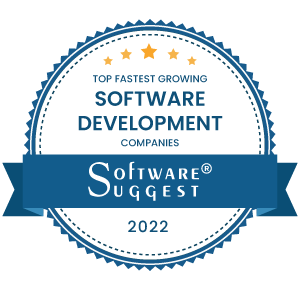 We appreciate you contacting us. One of our colleagues will get back in touch with you soon!